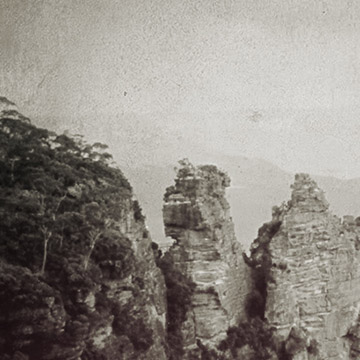 In 1813 the formidable Blue Mountains were finally crossed and exploration into the island proceeded, albeit slowly. It was not until November 1821 that James Blackman, followed by Lt. William Lawson and Blackman’s brother John entered the area now occupied by the town of Mudgee.

The first white settlers were not far behind. It was just 3 months later that George and Henry Cox camped under a large Gum, known now as the ‘Camping Tree’. The tree is still standing notwithstanding its time and weather ravaged state.

The Cox brothers were impressed with the land around them, rich, fertile and well watered. Other people equally keen on owning land and becoming prosperous farmers and graziers quickly followed them.

In 1838 the village of Mudgee was gazetted. It grew quite slowly until 1851 when gold was discovered at Hargraves, followed by gold rushes at Hill End and Gulgong some twenty years later. Gold and all its attendants caused the once small and unassuming village to prosper as a supply and resource centre. 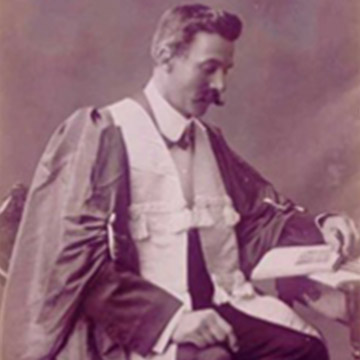 There is one name amongst the Mudgee medical fraternity which is enshrined deep in the heart of the community. It was their own native son, Dr Charles Edward Lester, son of William Lester, a Mudgee pharmacist.

Young Charles had received his early education in Mudgee. In 1884, aged 19, he left his hometown to study medicine at Edinburgh University. Whilst there he gained a brilliant pass. In 1888, he received first prize medal for Materia Medica and in the same year first prize medal for Practical Anatomy. In 1889 he was the first student to receive the Bathgate Memorial Solid Gold Medal for Proficiency. A rare distinction, because it has since been proven to be the only Gold medal in existence. Subsequent years after 1889, the medal was cast in Silver and enquiries reveal that this medal has long since been discontinued.

By 1891 Charles Lester had become Licentiate of The Royal College of Physicians Edinburgh and Licentiate of The Faculty of Physicians Glasgow for the same year. To all these credentials he added a Certificate of Midwifery. Yet, there was a further addendum before Dr. Charles Edward Lester left Scotland. He had won the hand of a bonnie Scots lassie, Mary Elizabeth Bruce. Although Mary had been born in Madras, India, where her father had been head of Saffren College, Calcutta, the Bruce’s were natives of Edinburgh. Dr. Lester and his bride returned to Australia where the doctor became the first Surgeon to practice his profession in Mudgee.

In 1897, he also became a registered Pharmaceutical Chemist. Mudgee’s cup runneth over. Not only did they have a fine hospital, but a mighty fine physician to boot. 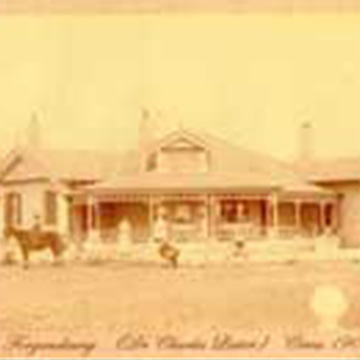 The Home was named Forgandenny House to remind Minnie of her home town of “Forgandenny” located a short distance south of Perth, Perthshire, Scotland, UK. Forgandenny House was to be home to the Lester family, and also provided consulting rooms for Dr Lester’s patients. 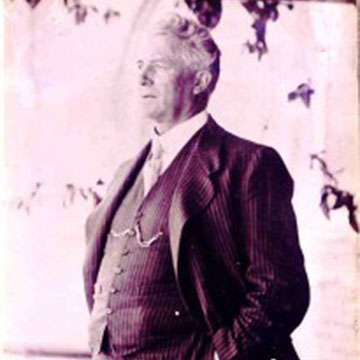 The Final years of the first surgeon to practice in Mudgee

In 1903, Dr. Lester again proceeded to Edinburgh and was admitted a Fellow of the Royal College of Surgeons.

On his return to his native town he was honoured with a civic reception. For a further 21 years Dr. Lester was a familiar sight, beloved by all, as he drove about the countryside administering to the sick and needy.

When the need arose Dr. Lester added dentistry to his skills by removing the offending tooth. He took an interest in all sporting fixtures, became a Past Master of the Masonic Lodge and further found the time to indulge in amateur theatricals, taking the part in local productions with all the vigor of a true professional.

In 1924 Dr. Lester’s wife Mary became ill, and once again they journeyed to Forgandenny House, Scotland to visit family and friends. Dr. Lester contracted a locum to manage his patients and Forgandenny House for the time he was abroad. However time was to run out for Dr. Lester. Returning to Mudgee 6 days late, due to his wife’s illness, Dr. Lester sold his practice and home to the locum, due to contract conditions.

Leaving Mudgee in 1924. Dr. Lester practiced in Macquarie Street, Sydney, and from his suburban home in Dee Why. Five years later, following the death of his wife, the call to the sea beckoned. His Grandfather was an Admiral in the British Navy, and Charles became a Ship’s Surgeon on voyages between Australia, New Zealand and San Francisco.

He suffered a further blow in 1929 when his daughter Myra, died in New Zealand. His only other child, Bruce, remained in the Mudgee district on the property called Binnawee where his only descendant, David Bruce Lester and wife Mary still live today.

Dr. Charles Edward Lester died at sea on RMS Tahiti on July 31, 1930 aged 65, just as the vessel reached Wellington Harbour. A truly remarkable man whose expertise was a valued contribution to the well being of the Mudgee citizens. 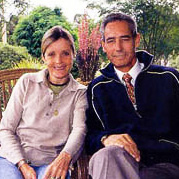 The family spirit lives on

After 76 years lost from the family, Forgandenny House was repurchased in the year 2000 by Robyn and Errol Holdaway. Robyn, is Dr Lester’s Great Grand Daughter, and has, after 25 years as a Flight Attendant and Cabin Manager for Ansett Australia Airlines, returned to her home town of Mudgee.

This delighted her family and many of the town’s older citizens, who remembered their parent’s tales of Dr Lester’s care of patients, and his popularity.

Combined, Robbie and Errol have enjoyed over 85 years of experience in the Hospitality industry, and while continuing their hospitality professions, they have created a bench mark for the Finest Bed and Breakfast Accommodation that Mudgee has to offer.

A House of Healing for 97 years, and now a Home of Hope, for the last 18 years for those who need to get away to relax and unwind. Forgandenny House Bed & Breakfast is a home, away from home, that is a short 250m stroll to the town centre, and provides you with the opportunity to explore the Mudgee Valley and the many Vineyards, while surrounded by the ambience of a bygone era. 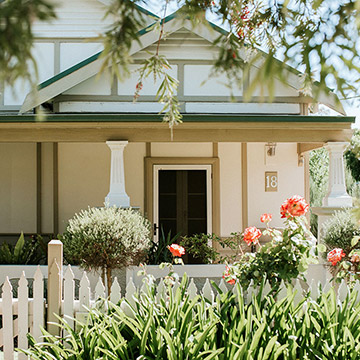 Purchased in 2009 this beautifully transformed and lovingly restored Californian Bungalow has all the charm of yesteryear, with all the modern comforts of the new millennium.

Located just an easy 250m stroll to the Town Centre, with Wine Bar, Restaurants and shops and entertainment, just around the corner.

Many visitors to Mudgee find the town so beautiful and the historic buildings and streetscapes still so much intact that their awareness and appreciation of the history of the town and its surroundings is stirred.

To share in the heritage significance of Mudgee’s past, visitors should head to the Mudgee Historical Museum at 126 Market Street. The Museum was once a pub, the West End Hotel and is substantially still as it was in those days. Sympathetic restoration work has been done inside and more recently, to the verandah. The museum is a credit to the historic society who worked so hard to preserve the historic buildings of Mudgee and the articles and papers of the days now past.

From those early pioneering days Mudgee has thrived and is now a town of over eight and a half thousand residents (18,511 in the shire). The economy is diverse and healthy – wine, sheep, mining, lucerne, abattoirs, tourism, and numerous small business enterprises.

The Mudgee Visitor Information Centre received over 40,000 visitors through its doors alone last year. Mudgee is certainly a favoured destination for people wanting a break, a change of pace, and a holiday event.